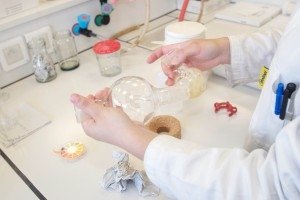 Sirona Biochem CEO Dr Howard Verrico has released an update revealing that the cosmestic ingredient and drug development company is looking for a major global corporation to license its latest launch, billed as the safest and most effective skin lightener in the world, in Japan and Asia-Pacific.

The skin lightener, called SBM-TFC-1067, addresses the current safety concerns of more traditional treatments thanks to its zero-hydroquinone formulation. This key active ingredient in many skin lighteners, hydroquinone has been identified as a potential carcinogen and has been banned in several markets, including Japan, the European Union, Australia, Korea and Canada.

The company has revealed that it is in talks with nine of the top cosmetic and pharmaceutical skin care companies worldwide to the level of material transfer agreements. A major corporation could establish a large market share of the skin lightening market through a licensing agreement with Sirona.

Japan and Asia-pacific represent the vast majority of the worldwide skin lightening market, which is valued at US$ 20 bn.