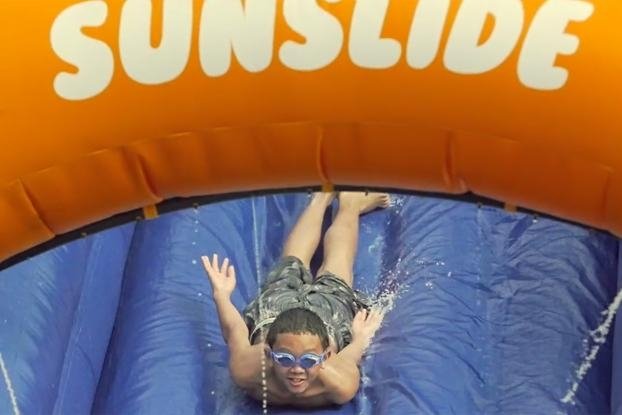 Cult skin care brand Nivea has launched a new waterslide, the SunSlide, that applies sunscreen to children as they jump down it, which will be used in Cape Town, Africa.

The Beiersforf-owned brand is yet again using a savvy marketing ploy to promote awareness of its sun screen products following on from an equally inventive campaign which saw a doll turn red when it was time for parents to reapply sunscreen to their kids.

In what was thought to be a one-off marketing ploy, the SunSlide water was diluted with large amounts of SPF 50+ waterproof sunscreen and was installed by FCB Cape Town in a bid to help bring down the cases of skin cancer in South Africa, which has the highest rates of the disease worldwide. The slide pumped out around 13 gallons of sunscreen.

Mike Barnwell, Executive Creative Director at FCB Cape Town, said, “The Nivea SunSlide was a huge success, covering over 100 kids an hour. In the end, plenty of fun was had by all, including a few parents who couldn’t help joining in.”