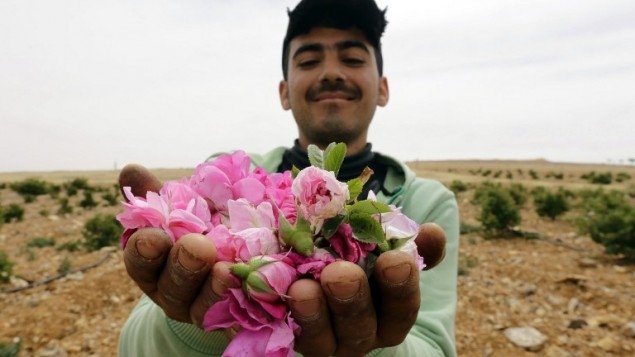 The famed Syrian Damask rose used in fragrances across the world is gradually in decline due to the ramifications of the ongoing war in the country.

Grown in the city and surrounding fields around Damascus, the flower is said to be slowly dying as the cultivated land is reduced in half and the long-standing tradition of picking the flower is fading away as families flee the fighting.

Likewise, access to the fields was prevented for some time during the fighting while rebel groups cancelled the annual rose festival, a main source of income for locals.

While the festival is now reinstated, it’s thought that the production of the rose has a hit a new low, going from 80 tonnes in 2010 to 20 tonnes this year.

The damask rose is used across the globe to scent fragrances and cosmetics, and has a rich scent. While it is also grown in other regions – namely France, Morocco, Iran and Turkey – Lebanese merchants visited the Syrian capital to purchase the rose in tens of tonnes in order to export to Europe.

And while it has not completely died out yet, many local farmers are said to feel that the flower is at risk until the war is over.