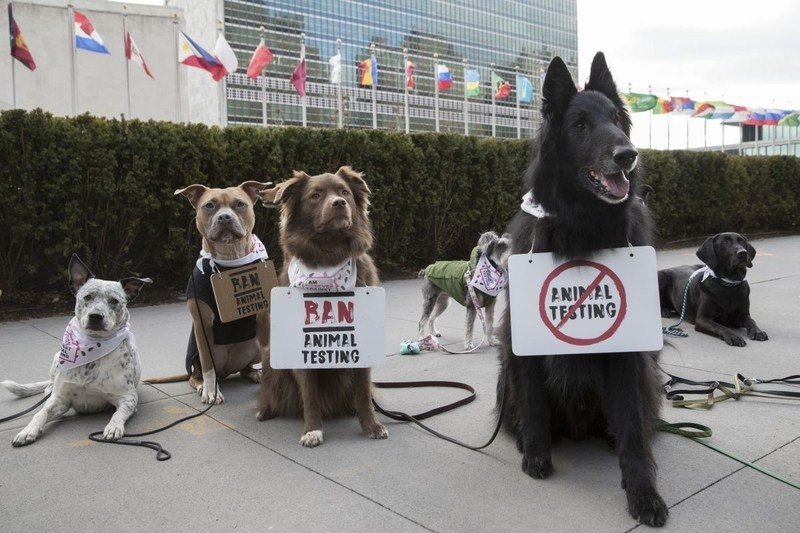 Beauty brand The Body Shop has joined forces with Cruelty Free International to stage the first animal protest outside the US United Nation headquarters in New York in support of the Forever Against Animal Testing – the joint campaign from the two companies.

The two companies, working to end animal testing across the world, brought eight different dog breeds and were joined by influential pet photographer @TheDogist to challenge the United Nations to end the ‘practice which harms up to 500,000 animals in cruel tests every year.’

Jessie Macneil-Brown, Head of Global Campaigns, The Body Shop, says, “At The Body Shop we believe passionately in animal welfare and that animals shouldn’t be used for cosmetic testing. We staged our animal protest with dogs, as they have been a powerful symbol for us throughout our Forever Against Animal Testing campaign, representing the relationship we have with animals and connecting with our cruelty-free supporters. This unique protest is symbolic of our huge ambition for ending cosmetic animal testing globally. We are now calling on every person, every company and every government to join our campaign, and help us finish what we started.”

Together the companies have acquired 4.1 million signatures in the last six months, the biggest ever petition against animal testing in cosmetics. Encouraging other companies to get involved, both The Body Shop and Cruelty Free International are offering supplying assets to help business get involved.

Once the petition reaches 8 million signatures, the two companies will present it to the United Nations and call for a conventional ban on animal testing across the world. Both organisations met with the UN last week to attempt to develop the discussion proceedings.