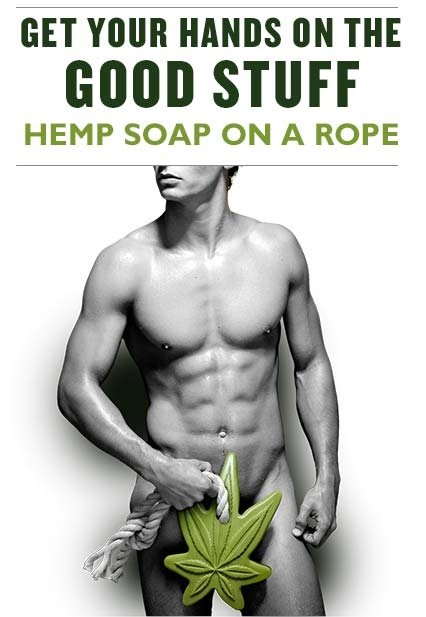 The Body Shop has been criticized by a consumer rights group in Australia after a Melbourne woman complained that the company’s latest advertising campaign triggered memories of sexual abuse for her 12-year-old foster daughter.

The campaign for The Body Shop’s Hemp Soap on a Rope product features a naked man covering his genitalia with soap. The image is accompanied by the slogan, “Get your hands on the good stuff.”

A Melbourne woman was shopping with her 12-year-old foster daughter at Westfield Knox Shopping Centre when the girl became upset, complaining that the advert had triggered memories of past sexual abuse.

The woman, who wishes to remain anonymous, complained to The Body Shop appealing to the company to withdraw its campaign. She stated that her foster child who has “had a life of inappropriate sexual information and pain” had been disturbed by the risque image.

Her complaint has garnered the support of Collective Shout, an activist group which campaigns against the sexualization and objectification in advertising and media.

The group stated, “While women are routinely sexualised and objectified in such ways, this can happen with men and boys. We do not support ‘equal opportunity objectification’- it should not be acceptable for any person to be reduced to object status.”

The advertising campaign has also attracted criticism from members of the public, who have taken to The Body Shop’s Facebook page to complain.

“You “campaign for women’s rights, domestic violence awareness and positive self-esteem”? Then how about you do something about this offensive campaign pushing the picture of an as-good-as-naked man into the eyes of children and abuse survivors?,” one woman commented on the brand’s Facebook page.

Another commenter wrote, “Definitely won’t be recommending anybody to The Body Shop. That picture is truly disgusting and inappropriate. For a store to put out campaigns such as ‘Stop sex trafficking of children’ and to have children walking past THAT …. load of rubbish and complete hypocrisy.”

Another stated, “Your store normally provides such a beautiful shopping experience so it’s a shame you have resorted to such distasteful and disrespectful advertising imagery. Bring back the love, peace, caring and sensitivity that The Body Shop is known for.”

The Body Shop has responded to the Facebook comments by thanking people for “taking the time to submit your passionate comments”.

“The world is made better by all different types of view points and we’re pleased to have inspired discussion,” the company said.