The changing face of sustainability: how industry players are pushing the boundaries, and getting it right 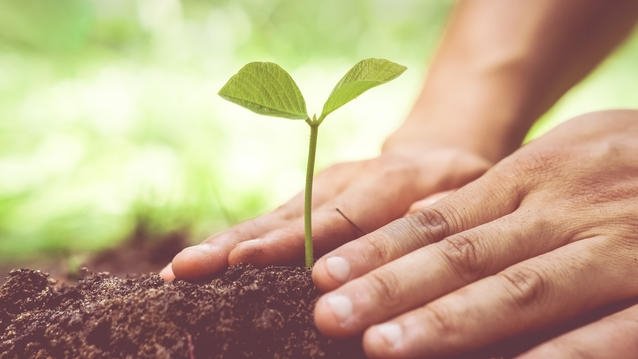 Sustainability has long been a key focus of beauty companies. The impact our industry has on the environment being no secret. Indeed, cosmetic consumers are known for being as savvy as they come about the consequences of their purchases. However, it feels there has been a perceptible shift over the past few years regarding the depth of that knowledge, which now goes further than the just after-use of their personal care bottles, or what goes into their skin care formulas. And with sustainability getting a wider worldwide platform, so grows the very definition of the word, with millennials and gen z consumers seeking a more informed and in-depth level of understanding of their brands and the full sustainability ethos they adhere to. These ‘activist’ consumers, a termed coined by LinkedIn, will no doubt have watched Donald Trump announcing America’s withdrawal from the Paris Climate Agreement with trepidation. A move which, as The Independent so eloquently put it, is, ‘in effect ensuring the world’s second largest emitter of greenhouse gases will quit the international effort to address dangerous global warming.’

However, despite the worrying future ramifications of this decision, it has served to once again put sustainability centre stage, with a renewed and invigorated focus on what the companies in our industry are doing to work towards a better future. Indeed, Unilever Chief Paul Polman went so far as to say that the decision would actually assist the industry, speeding up the implementation of environmental policies. Not only that, but the decision by Trump has been the catalyst for the We Are Still In climate change pledge, signed by hundreds of US companies in a bid to show the world they’re still engaging in their plight for a low-carbon future. So what specifically are these companies doing? Well, let’s take Croda for example. Croda has clear ways to showcase to its customers it’s still on the right path – and the stats speak for themselves. Chris Sayner, Vice President Customer Alliances, states that, “Meeting climate change objectives means reducing reliance on fossil fuels for energy.” And, the company is well on its way to doing this, indeed in the last five years its use of non-fossil and renewable energy has eliminated 87,442 tonnes of CO2 emissions, the equivalent of taking 44,175 cars off the road or powering 15,615 homes. While, looking at ingredient design, the company adheres to the 12 Principles of Green Chemistry, with solar energy powering its major innovation centre in Edison New Jersey.

And the company isn’t stopping there. Its Ingredient Integrity program works to cover all areas of the sustainability spectrum from the Intrinsic Environmental Metrics section, which works on reducing carbon footprint, water, waste, increased use of non-fossil fuel energy, and greater efficiency of products in use. While the Sustainable Raw Material Supply process looks at renewable vs petrochemical, having a focus on the ‘credentials of its renewable raw materials, with a current focus on palm.’

According to Sayner, “The use of renewable raw materials in larger speciality chemicals manufacturing companies seldom exceeds levels of 10 percent. In contrast, our use of renewable raw materials is normally in the range 60–70 percent. This is a unique Positively Different position and it is one of the areas where we are leading the way for a more sustainable chemical industry.”
The company is clearly leading the way in sustainability transparency, and pioneering a move past the superficial layers that make the term trendy. Indeed, activity such as commissioning the first bio-sourced ethylene oxide (bio-EO) plant at its Atlas Point manufacturing site in North America – the first of its kind in the US that will enable the use of bio-ethanol derived from natural feedstocks for the manufacture of 100 percent renewable surfactants – showcases its commitment to a low-carbon future. And this is just the tip of the sustainability cap for Croda, its credentials clearly showcasing a strong business model for other companies committed to work towards.