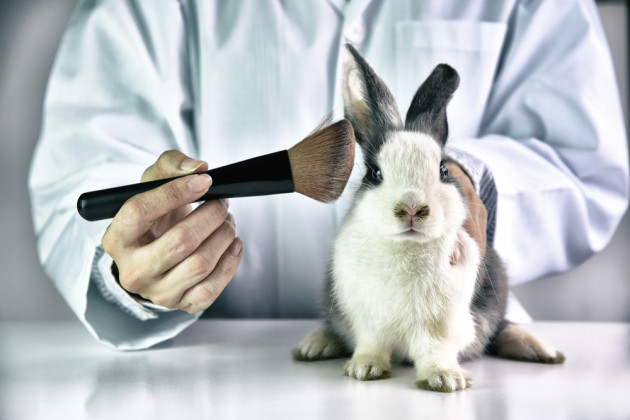 Being the second largest beauty market in the world behind the U.S., China is obviously an attractive prospect for any cosmetics brand wanting to globalise while bolstering their company turnover. Likewise the country is unquestionably a main expansion target for new indies coming to market.

However, for many international companies, capitalizing on China’s myriad of commercial opportunities is not quite as easy as they’d hope. Yes, we’re talking about those strict animal testing laws. The Chinese powers that be have been resolute in upkeeping regulations that require all cosmetic and personal care products to be tested on animals before being given the green light for sale in China. Outdated and archaic I hear you cry? Well, quite. But hang around they do. And in the current social climate, where consumers are increasingly seeking cruelty free in all areas of life, it’s caused quite the predicament for many. Who can forget the NARS controversy? Previously a staunch cruelty-free brand, NARS shouted its green credentials from the roof tops. Until 2017 that is, when it decided to bypass its morals and launch into China regardless. Following a consumer boycott, NARS released a statement that read, “We firmly believe that product and ingredient safety can be proven by non-animal methods, but we must comply with the local laws of the markets in which we operate, including in China.”
Fast forward two years and the vegan, eco-friendly movement has exploded – albeit less so in China – so is this why more companies are waking up to the slight loosening of rules in Beijing, with companies now allowed to sell direct from overseas via online platforms such as Alibaba and JD.com?

As told in the Financial Times, these areas are located in online stores in specific ‘free trade’ zones and sidestep the need for companies to go down the daigou route – cross-border exporting via a single or group that avoid import tariffs. And with $23bn in products sold via this online path last year, it’s clearly heating up as the option for cruelty free companies to get their foot in China’s door. Rihanna’s cult brand Fenty Beauty is a prime example. The Fenty Beauty website clearly states, “Fenty Beauty is cruelty-free and never tests on animals, nor do we allow suppliers or affiliates to conduct animal testing on our behalf.” However, thanks to the more relaxed rules, the company last month entered the Chinese market via Alibaba’s Tmall Global, stating at the time that the move made the products, “even more accessible to its digitally savvy Chinese consumers while staying true to its 100 per cent cruelty-free commitment”.

While some staunch anti-animal testing activists would perhaps claim this route was one of dishonesty by cruelty-free brands – actively entering into a country that by all intent and purposes insists on animal testing by law – its undeniably an attractive option for many companies. Indie brands that are looking to evolve internationally would especially see it as a route into a lucrative market without having to sacrifice their credentials as a company free from animal testing.

It may be not a perfect solution – consumers often wanting to be able to touch and feel the cosmetics they try on before purchasing – it’s without doubt an option that is growing in popularity, allowing brands to capitalize on the burgeoning market without contradicting their company values. Theresa Robison, head of global development for Jane Iredale put it succinctly, telling the FT, “The advent of cross-border selling has really made it feasible for us.”