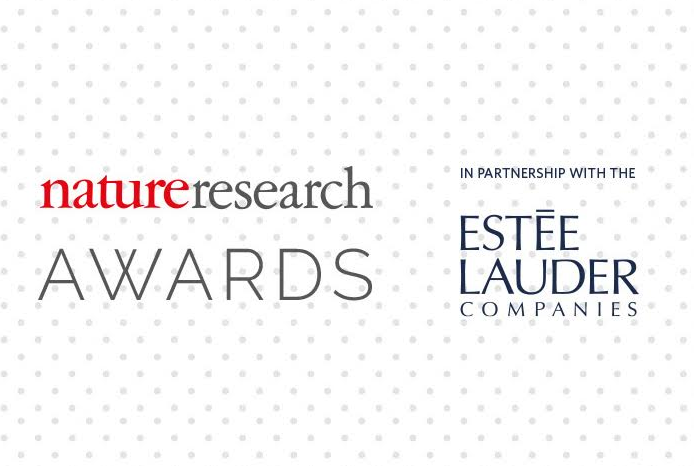 The Estée Lauder Companies and Nature Research have launched two global awards that seek to shine a spotlight on female scientists for both their achievements in the field and their work to promote inclusivity.

The inaugural Nature Research Awards for Inspiring Science and for Innovating Science will recognize inspirational early-career women researchers and those who have worked to champion female participation in science. Nominations opened on April 9, and will close on June 11, 2018.

“As a company founded by a pioneering woman, supporting other women pioneers is at the core of who we are. We are thrilled to partner on these inaugural awards with Nature Research, an organization that shares our values focusing on exceptional science and extraordinary scientists,” said Lisa Napolione, Senior Vice President, Global R&D, The Estée Lauder Companies.

“We are so proud that more than half of our scientists and engineers in our global R&D teams are women,” she continued. “These scientists have revolutionized research in the beauty industry in a wide range of areas including cellular repair, circadian rhythm and epigenetics in skin. As we look to the future, ensuring a deep bench of research expertise among the next generation in emerging scientific areas is critical. We know first-hand that mentoring, and specifically mentoring of young women, is a strong contributor to long-term success, so we have built a scientific mentoring program into the Nature Research Awards. Our goal is to connect award recipients to scientific experts in their fields who have the unique skill set required to support and accelerate the awardee’s research progress.”

The winners will be announced in October with a US$10,000 prize awarded for each category to spend on initiatives linked to the award, plus free training from Nature Masterclasses. In addition, the Inspiring Science Award winner will receive grants of up to US$5,200 to support open access publication of their research in a Springer Nature journal, while the Innovating Science Award winner will receive up to US$5,200 to support events linked to their initiative.