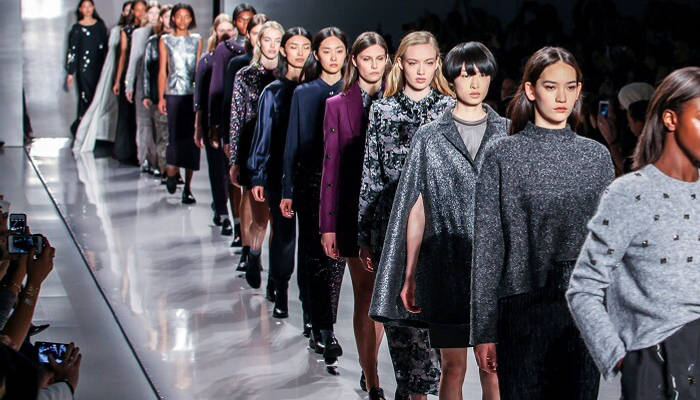 It’s the week that sets the trends for the year ahead, and with every designer, editor, blogger, influencer and brand now breathing a sigh of relief that New York Fashion Week is over (although undoubtedly heading swiftly on to LFW and PFW), what we have learned from this year’s event is that times have changed in terms of beauty partnerships.

While in years gone by beauty companies would stump out handsome fees to be associated with various catwalk shows and fashion brands, the 2019 edition truly highlighted just how the digital world is changing the physical. Historically fashion weeks the world over have been a hotbed of eye-wateringly expensive beauty sponsorships (we’re talking triple figures here), with it being a platform to get a cosmetics range seen and heard about. However, with the rise and rise of sites such as Instagram and YouTube, brands such as Maybelline and Bobbi Brown now have year-round direct access to its consumers, and most importantly, it’s free.

Previously NYFW has been the prime time of year to promote, promote, promote via the runway, however, the global reach of social media has bid adieu to this necessity. Of course, that’s not to say that the beauty brands have just upped and left – quite the contrary. They have, in fact, looked at different ways in which to use the event to their advantage, and ones that are more aligned with modern consumerism.

So what are they doing and who are they partnering with? Well, who run the world? Influencers, it would seem. And many brands are teaming up with industry influencers who have a large following that is just the right target audience they’re looking to entice.

Of course, the partnerships are still there, TRESemme is still heavily involved and Maybelline, for example, launched two new products backstage at NYFW with Amy Whang, SVP Marketing telling Allure, “Activating at NYFW strengthens the tie between the brand and fashion, as fashion is a core pillar of our DNA.” And Victoria Beckham used London Fashion Week to launch her new make-up range. However, it is undeniably waning.

We can’t imagine there will ever be an out and out break-up, but the beauty brands are definitely exploring the opportunities, and cost-saving, that comes with seeing other people aka influencers and pop ups.  Gucci Westman, Founder of Westman Atelier, told glossy.co, “Today, makeup brands don’t get the return they saw in the past, and they’ve pared back a lot and put their dollars in other places, like influencers or experiences.”

And one such experience is undeniably the power of the pop up, and the seemingly unstoppable beauty world is even branching out on its own. As we reported earlier this month, London’s inaugural Beauty Week took place in September, with the British Beauty Council a founding patron. With Millie Kendal, CEO, citing the industry as a ‘buoyant sector’ that ‘contributes significantly to the UK economy’ it’s clearly having a moment, and one, I’d imagine, that is set to last.

Fashion weeks are still intrinsically linked to the beauty world, however, with return on investment not being what it was, the month-long fashion fest is no longer seen as the way in which to make a name for yourself. Says Róen Beauty Founder Nikki DeRoest, “When the product is ready, we make our own splash on our own time.” Likewise brands are increasingly using the events as a marketing angle in the run up – Maybelline created a fashion week-related page on Amazon in 2018 as well as airing make-up videos on Tmall.

Where will the industry head next year and how will the ongoing relationship between fashion and beauty evolve? We’ll keep you updated…