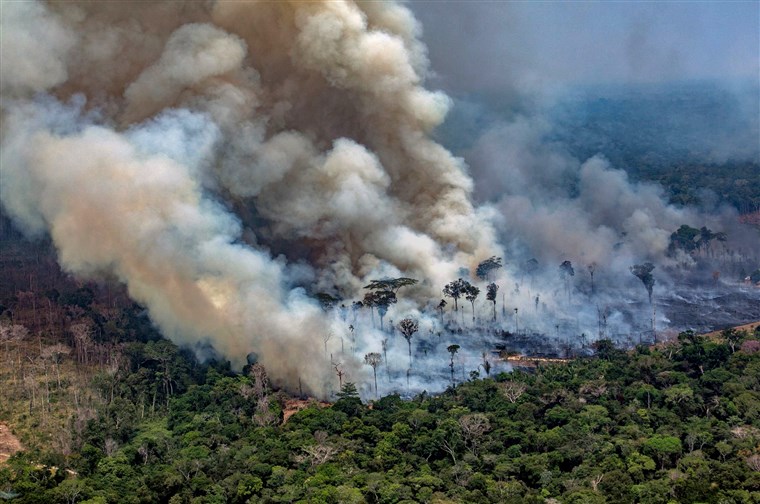 A recently released, damning report by Global 500 has put world famous brands, such as Amazon and Walmart, front and centre of the ongoing deforestation crisis, and it’s a difficult read.

The 2019 Forest 500 report found that some of the world’s leading companies, including the aforementioned Amazon, fashion company Capri Holdings – owner of Versace, Jimmy Choo and Michael Kors – and CK Hutchison, the Hong Kong conglomerate whose international store brands include Superdrug and Savers, are said to be ‘complicit’ in accelerating the rate of deforestation due to the commodities that they sell.

The study also holds to account the 150 biggest institutions that finance these companies through bonds, loans and shareholdings. Incredibly, these include four of the world’s biggest asset managers: BlackRock, Vanguard, State Street and Fidelity Investments.

So, what’s the problem? Well, as highlighted in the study, vast swathes of rainforest are continually being cleared in order to cater to demand for the six globally traded commodities – palm oil, soy, beef, leather, timber and pulp, and paper – which are used in household products. However, most worryingly, the study found that just under half of the institutions (242 of 500) selling these commodities have made no public commitment to help end the practice of deforestation. And what about the financial backers? As stated in the study, “Most of the financial institutions that fund the Forest 500 companies do not appear to recognise the risk that their investments may drive deforestation and so contribute to climate change.”

Discussing the findings of the report, Author Sarah Rogerson said, “Many of the world’s best-known brands are complicit in the destruction of tropical forests, which undermines our ability to combat global climate change. “They are turning a blind eye to deforestation caused by demand for the commodities they use and failing to publicly recognise their responsibility to act.” Quite the statement.

However, the problem goes deeper. While some, such as Walmart, did have deforestation commitment plans in place, they don’t report on implementation, therefore giving consumers absolutely no indication of whether these companies are walking the talk, or if the promises are being validated by on-the-ground action. In fact, more than 80 companies have ‘removed or weakened reporting,’ said the study. So why, I hear you cry, are the brands we trust going backwards? Especially in a world crying out for sustainability progression in a bid to harness the environmental impact caused by our incessant consumerism. And are the unregulated sustainability plans merely a case of industry greenwashing?

The question is, in such an interconnected world, with everyone having the ability to be a global changemaker, should we as consumers be doing more? When reports such as this surface, should we, as a result, navigate our purchasing habits away from those avoiding environmental accountability? Probably. However, while change can of course begin from grassroots up, with a collective consumer mindset almost certainly set to drive the behemoths to take action for fear of losing precious sales, there is an also the argument of leading by example.

In essence, should we be demanding more from those dominating the markets? Demand more accountability and responsibility, demand more urgency regarding their environmental commitment, and demand greater transparency in the implementation of their strategies. Yes, of course, the collective consumer voice is a powerful motivator for big brands. But should it really take a public social outcry for our household names to take responsibility for stripping us of our vital rainforests?

Amazon has taken the time to denounce the claim, citing its various applaudable sustainability commitments including the co-founding of the 2019 climate pledge, the commitment to reach the Paris Agreement goals 10 years early, reaching net zero carbon by 2040, and achieving 100 per cent sustainable palm oil in all Amazon-branded products in North America and Europe by the end of 2020, to name a few. But it clearly isn’t enough.

Indeed, the report clearly underlines the fundamental and ongoing drastic need for a sustainability awakening amongst the big brands. I’ll leave you with the words of Rogerson, “While some companies have shown real leadership, overall progress has been painfully slow and this highlights that voluntary commitments by the private sector cannot be relied upon to drive change.”