The green recovery – who is setting the standard for sustainability? 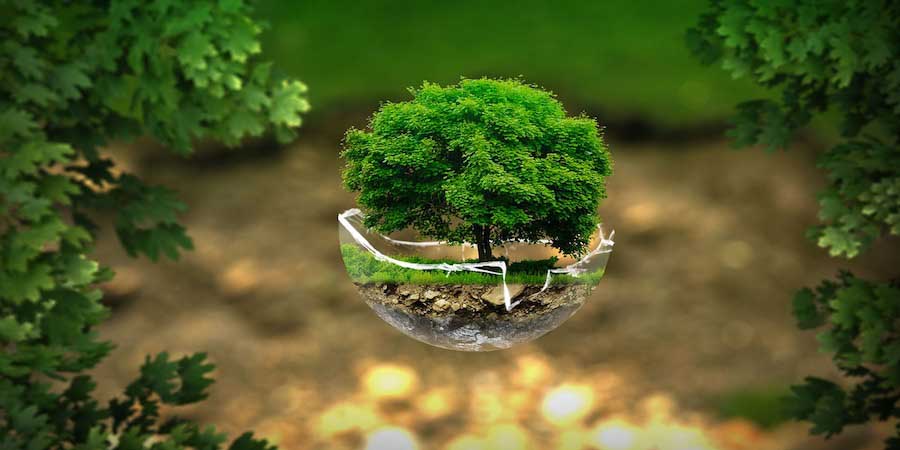 While the narrative of the first part of 2020 will undeniably be survival, the emerging conversation in the second half, going into 2021, is one of recovery. For manufacturers, suppliers and brands, ensuring a successful comeback post-pandemic means effective business strategies in reducing costs, operating efficiently and ensuring sales. And sustainable business practices are a fundamental part of this economic recovery in order to not only make commercial gains, but to play their part in climate change prevention and achieving net zero goals. The focus can no longer be solely on money.

There has, of course, been widespread talk of financial recovery, the ‘what happens next’. But encouragingly, the environmental movement has been going just as strong as it was pre-GVC, in fact, perhaps more ardently. As countries across the world focus on aforementioned net zero goals, manufacturers, suppliers and brands are embarking on their own eco marches. The question is, who is leading the charge?

It is with a measure of optimism to note that decisive action is being taken across the board, from the bottom up. Looking at the front end first, there’s been a notable shift in gear when it comes to recycling projects. Nordstrom, Maybelline, and UK retailer Boots are just some of the big names launching new consumer-focused recycling initiatives to try and manage the mounting problem of single-use beauty packaging waste. These projects are both beneficial to the circular economy and their marketing as a brand. There is also the ever-growing emphasis placed on sustainable beauty brands – those, such as Lush, Natura and the indies, that boast transparency and accountability. Less/no packaging, sustainable ingredients and sourcing, and environmental action are key.

However, while recycling schemes and green brands highlight eco-engagement to their much-valued consumer, and scratch the surface of sustainability activism, what a true circular economy needs is innovation at the start of the chain in order to drastically reduce, or eradicate, the simply overwhelming magnitude of single-use packaging, as well as manufacturing emissions and so forth. And this is where the credit in the eco stakes has to go to the back end.

Over the past six months to a year, manufacturers have made significant moves. From Beiersdorf’s ‘science-based’ climate targets for 2025 and Unilever’s commitment to going net zero by 2039, to Natura’s alignment with UN Global Impact, concrete action, rather than just talk, has been taken. And that’s not to mention the pioneering new formula by Polymateria that has created a benchmark for a new British standard for biodegrading plastics.

Action such as this couldn’t come at a better time. While the climate change fight has been building traction for some time, there is now a perceptible shift in momentum when it comes to business accountability in environmental performance. A shift that is fuelling the evolution of the economy as we know it.

Answering a question on recent sustainability trends during an interview at Economist’s Sustainability Virtual Week, Unilever CEO Alan Jope highlighted how businesses have begun aligning profitability with sustainability thanks to an increased interest from both consumers and manufacturers in environmental issues, as well as national climate policies getting stronger. Elaborating, he suggested that such is the multi-faceted appetite for environmental action, that calls for a redefining of capitalism has been exacerbated by the pandemic – consumers, suppliers, investors, brands and, indeed, governments all vying for deeper system-wide change.

He said, “The discussion we find ourselves at the centre of at the moment is the very future of capitalism. Certainly, there’s a lot of good that has come from capitalism. It has been the economic system that has lifted hundreds of millions of people out of poverty. The innovation drive and the competitive spirit of capitalism are very important.
“However, the single-minded pursuit of profit is damaging. It has many unanticipated negative consequences.”

Jope isn’t alone in this view. While sustainability agendas have long been a mainstay of business strategies across the industry, net zero targets have cemented the growing awareness that capitalism is no longer acceptable without being married to an ambitious sustainability agenda – a union that will in fact benefit the planet and economic growth. The economic recovery is, of course, vital. However, it is becoming recognized across the industry that a green recovery must work side by side.

Giving credit where credit’s due, multinationals have noticeably been taking lead from regulatory policy mandates and changes – the Climate Paris Agreement, governmental net zero goals, the World Economic Forum’s recent Great Reset Campaign, to name a few. While previously, manufacturers, suppliers and brands may have based sustainability strategies on commercial hopes of capitalizing on a consumer-led movement – shoppers increasingly seeking out brands and products with green credentials – it’s becoming clear that there is a slow change in direction as to their ‘why’. And it’s this wake-up call that could be the foundation for significant change.

As Jope rationalized, it will be ‘quite difficult’ to define a set of metrics upon which all will agree. But what has been shown is that the will is there. It’s also clear that to ensure a true commitment to low carbon transition and a circular, net zero economy, the emphasis for change can’t be placed on just one group. It is the work of all – manufacturers, suppliers, brands, and consumers – to enforce a widespread transformation of the way business works alongside environmental agendas. Indeed, the planet’s survival relies on it.