The masquerade ball: Why wearing a make-up mask should not equal professional success 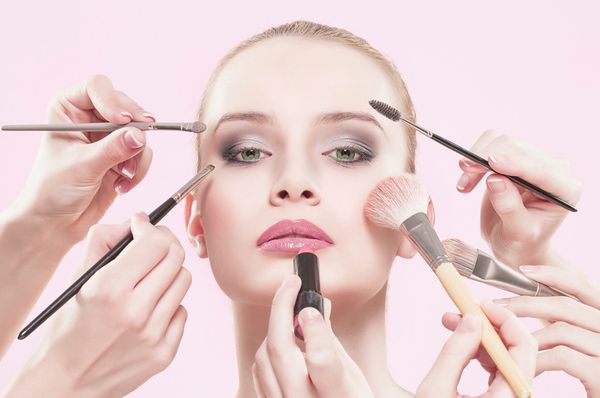 Make-up, I love. I wear it. It makes me feel powerful. ‘But we were expecting a debate?’ I hear you cry. Well, while my colleague Georgina’s learned arguments in the first part of this two-part post shout about the fact that us girls having make-up at our disposal gives us a rare advantage over men in the boardroom ring true, the feminist in me wants to shout that isn’t this, in 2018, exactly what is holding us back from true equality? Haven’t we in this day and age moved past the stereotypical cliché that women need to portray better, more polished versions of ourselves in order to get ahead? It frustrates me that, despite my bravado, I would feel slightly less forceful should I attend a meeting sans eyeliner flick. Why? That flick bears no representation of my abilities as a strong businesswoman and competent journalist. That flick holds zero relevance on how well I can write a news article, or how well I can chair a meeting. So why do I feel ever so slightly naked, less confident even, without it?

A recent study in the British Journal of Psychology by Richard Russell of the Department of Psychology at Gettysburg College, in collaboration with researchers from CHANEL Fragrance & Beauty Research & Innovation, photographed women aged between 20 to 60 with and without make-up. And, surprise, surprise, the women with make-up on were rated as more attractive across all the age ranges. Perhaps even more worryingly, is that the research found that we should be wearing cosmetics for professional gain.

Russell stated, “Because age discrimination is pervasive in employment contexts, particularly for women, the ability to manipulate perceived age through makeup may provide critical professional benefits.”

As a mother of two daughters it frustrates me that because of societal perceptions, my girls will grow up thinking that by wearing make-up they will get ahead in the world. Not because daughter one has the heart of gold and the brain of a genius, or daughter two has enough sass to run a multinational company at the age of 3, let alone 33. Both girls shouldn’t even consider what make-up they need to wear in order to feel more empowered when they’re eventually old enough to work. They should be bossing it in the boardroom thanks to their many attributes that go way, way beyond what they look like or what mask they apply.

Of course, Georgina is right. It’s a choice, and myself, my girls and every woman that picks up a make-up brush has that choice. However, hasn’t that choice, really, been taken out of our hands? Being in the minority is hard. Sitting outside an interview room with five other candidates all dolled up with their power red lips and glossy highlighted cheeks would unfortunately no doubt feel intimidating to the best of us. Women have been told since way back when that make-up equals power. Sounds positively archaic when written in black and white doesn’t it?

The moral of the story is that yes, make-up is great (I’ve built a successful writing career on it), but shouldn’t we really be taking lead from the likes of Adele and Alicia Keys? Pioneers of the minimal make-up movement, these two strong successful women are prime examples about how the veil of a made-up face isn’t the only way to achieve success. And for my part? I am going to be wearing my power flick less and less, and only do so when I already feel empowered and not try to feel empowered because of it.