The rise of standalone: is the department store beauty counter dead? 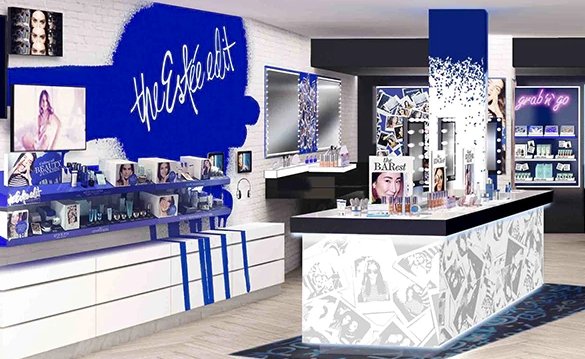 Every week there’s a story about a new standalone beauty boutique opening. Estée Lauder Companies has opened its first bricks-and-mortar presence for its Estée Edit line in London, LVMH-owned Dior has cut the ribbon on its first make-up concept store in New York, e.l.f. Beauty has unveiled its first store north of New York’s Union Square and Burberry is gearing up for an expansion of its beauty offer, which will no doubt include further digitally enhanced retail locations.

What do these stores have in common? They’re all targeted at millennial shoppers with sleek, shiny interiors, equipped with digital bells and whistles designed to attract the selfie generation. They’re destinations – a place to hang out, with services and events held in store, ready and willing to be converted into instagrammable moments.

And with department store sales floundering, down from US$87.46 billion in 2005 to US$60.65 billion in 2015, according to US Department of Commerce figures, and backed up by Estée Lauder Companies, who reported a decline in traffic in US mid-tier department stores for the first quarter of fiscal 2017 – it’s no wonder the brands are looking elsewhere to get the tills ringing.

Of course, department stores are trying hard to pull shoppers through their doors – Japan’s Seibu has installed a multi-brand Makeup Station, while Isetan has taken a counter-free approach and JC Penney has just installed Sephora full stop. UK-based Harvey Nichols recently unveiled its refurbished beauty hall, with the emphasis on services and the décor given a boutique-style makeover.

But ultimately, department stores are stuck between a rock and a hard place. On the one hand, a new generation of consumers who want the kudos of a destination if they’re going to glance away from their smartphones for a second – and let’s face it, the place your mom shops is soooo not cool – and a chance to browse freely. On the other, the brands, who don’t want to be lumped with the competition. Add to this the stellar success of Sephora and Ulta, and you’ve got yourself a conundrum. One the brands are solving by simply going it alone.

“Standalone stores enable beauty labels to increase brand awareness, rather than relying on space within department stores where they are in direct competition to their rivals and have limited brand exposure,” Laura Sossong, Manager at Boston Retail Partners told Luxury Daily. “This monobrand concept aims to breed customer loyalty for one specific beauty brand, instead of diversifying their purchases across several cosmetic labels. By isolating themselves from the offerings of their competitors, it guides the consumer to think of a brand as a one-stop shop for all their beauty needs. This model has worked well for MAC cosmetics.”

In other words, these standalone stores are walking, talking adverts – an interactive introduction to the brand and its products. Not to mention a way to spread the word to other potential customers on social media. John Bailey, President and Chief Financial Officer at e.l.f. Beauty, sums it up, “e.l.f. stores… allow us to drive engagement with our consumers, and help them connect with one another and celebrate their love of make-up.”