The women of the world speak… 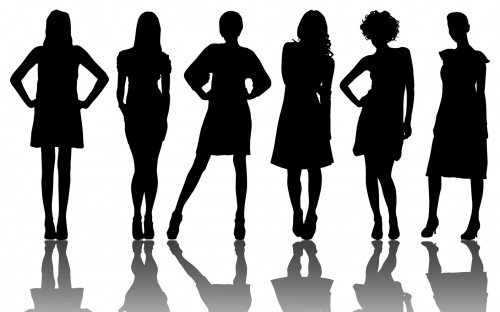 It’s hard to put into words how I feel about the recent revelations that have come to light about Hollywood mogul Harvey Weinstein. As a women, mother, and staunch supporter of gender equality, the allegations of a three-decade long campaign of systemic abuse against female stars and colleagues in a significantly less powerful position than Weinstein has given me sleepless nights. The fact that the trauma of so many women has been swept under the carpet and hushed up in wilful ignorance by those in the industry shows just how powerful and formidable Weinstein was. However, many within the movie world are coming forward to state it’s by no means an isolated incident, and that the Hollywood Couch culture is still thriving, with many up and coming stars being put in similar situations with commanding market heads that could make or break their careers. What is noticeable is the absence of male film stars coming forward with Weinstein-esque war stories of their own. While it’s undeniable that women are making strides within business – see our previous blog if you have any doubts – what is also clear is that gender disparity is rife, despite high hopes to the contrary.

Of course, there are levels. Weinstein’s 30 years of alleged rape and abuse is one thing, but the imbalance of the sexes has many layers – whether it’s being catcalled on the street, groped in a bar, or overlooked in the boardroom. Ah, the board. Indeed it seems that while the Hollywood Couch culture is rife, so is the Boys Club in executive boards at some of the key companies within our industry. An industry, lest we forget, predominately targeted at women. And Asia is coming out as the worst culprit. According to a report by the Edge Markets, women-less boards are rife in countries such as China, Japan and South Korea, with the region’s billionaires often having no female members whatsoever. Jack Ma, Founder and Executive Chairman of Alibaba, not to mention the richest man in China, has just one woman on his board, while Suh Kyung-bae, Chairman of AmorePacific, has none – not one. I think I can speak on behalf of all women when I say – er, excuse me? And, I’m sure I’m preaching to the choir here, but doesn’t it go without saying that variety harvests innovation? Pru Bennett, Head of investment stewardship in the Asia-Pacific region for asset management firm BlackRock Inc, agrees, telling Edge Markets, “The research out there shows that gender diversity drives better discussion at the board.”

But let’s not start burning our bras again just yet. There is hope. Progress in Europe, Australia and the US is ongoing, and it seems that Silicone Valley, and notably Sephora, is all-too aware of the advantages that gender diversity can bring. And, actually – women are leading the pack in the historically male-dominated tech world when it comes to the leading beauty retailer. Indeed, women make up 62 percent of the retailer’s technology workers, according to Biz Journals, with Mary Beth Laughton, Executive Vice President of US Omni Retail, for Sephora, having told the Wall Street Journal that the women within the company are encouraged to take risks without fear of failure.
What a breath of fresh air at a time when fresh air is what ladies across the globe are no doubt gasping for right now. Perhaps if any good can come of the Weinstein affair, it will be to lift the veil on disparity against women… not just within Hollywood, but industries across the board. And with the hashtag #metoo – a way for women who have experienced harassment/abuse to stand up and be heard – gaining momentum, could it be the catalyst needed to change the narrative in the ongoing imbalance between men and women? I certainly hope so.