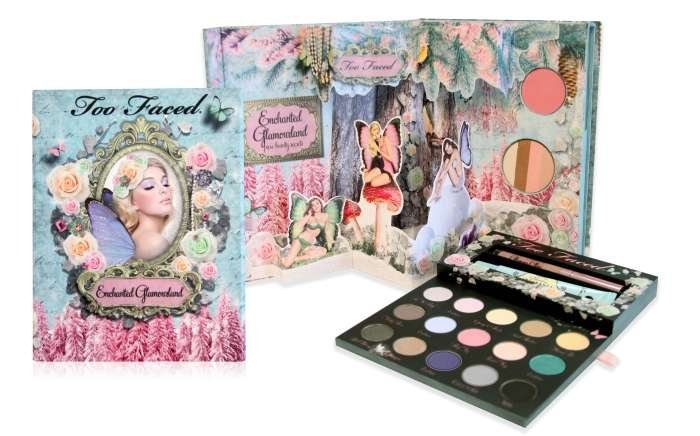 Too Faced was founded in 1998 by Jerrod Blandino and Jeremy Johnson, who were working behind cosmetics counters when they spotted a gap in the market for a quirky makeup brand.

Too Faced has gone on to gain a loyal following among consumers. Annual revenue is around US$150m and sales are growing at a rate of 60 percent per year, the company claims.

It sells its products, such as Better than Sex Mascara and Chocolate Bar Eyeshadow, at retailers including Sephora and Ulta Beauty. Too Faced takes an unconventional approach to marketing, relying solely on the influence of bloggers and social media rather than advertising in magazines or broadcast media.

Too Faced Cosmetics was recently put up for sale by its owner, private-equity firm Weston Presidio Capital, which has been a majority shareholder since 2012.

The company was reportedly valued at US$500m in the deal with General Atlantic. The partnership will enable Too Faced to expand further, the company’s founders state.

Jeremy Johnson, Co-Founder and Chief Executive Officer of Too Faced, commented, “We are so grateful to our loyal Too Faced customers who have fueled out growth from a small indie brand to a fixture within the beauty industry.

“To continue our growth trajectory, we were seeking a global thought leader experienced in partnering with founder-led, high growth companies, and the team at General Atlantic was a natural fit.  Their experience will help us accelerate our expansion as we invite even more women around the world to ‘own their pretty'”.

General Atlantic plans to expand distribution of Too Faced’s products to overseas markets and online, according to Andrew Crawford, a Managing Director at General Atlantic who oversees the firm’s retail and consumer investments.

Crawford commented, “Too Faced is one of the largest independent cosmetic brands with phenomenal momentum led by an outstanding and deep management team. With such a prominent presence in specialty beauty retail, Too Faced is uniquely positioned to capitalize on this channel’s growing popularity with consumers. We look forward to working with Too Faced’s proven management team, led by industry game changers Jeremy and Jerrod and President Eric Hohl. Their passion for innovating beauty is unrivaled and has driven extraordinary business success.”

Too Faced’s co-founders, Jerrod Blandino and Jeremy Johnson, will continue to hold stakes in the company and will serve as Chief Creative Officer and Chief Executive Officer respectively.

General Atlantic is appointing Ken Stevens, former chairman of Ulta and beauty brand Philosophy, as Chairman and will have two representatives join the company’s board.