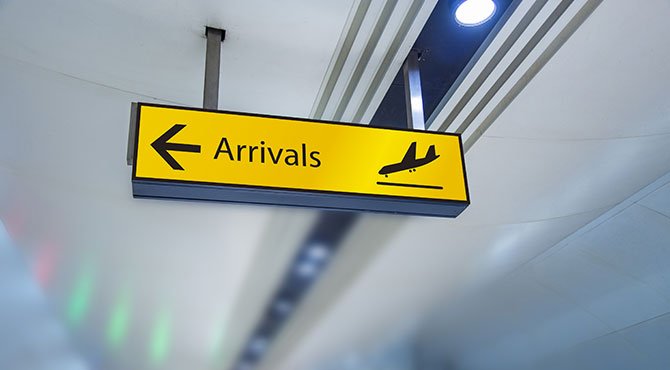 THE WHAT? A group of more than 60 MPs and peers are calling on the UK government to introduce Arrivals duty free shops in British airports, international rail and ferry terminals, according to Airport World.

THE DETAILS Independent research undertaken by York Aviation stated that if the EU were to introduce a similar measure, duty free shops would have generated €4.3 billion in Gross Value Added (GVA), assisted in the development 41,500 jobs, and created €1.6 billion ($1.9 billion) in tax revenues, when based on 2019 figures.

The call has been organised by Henry Smith, MP, Chair of the Future Aviation All-Party Parliamentary Group, with the joint letter stating that “this easy to implement, cost-neutral policy will drive forward investment through capital expenditure, create jobs and according to independent research, increase passenger spend by between 20 to 30%.”

It has garnered support from the likes of Sir Graham Brady MP, chair of the powerful 1922 Committee and Francois Bourienne, Chair of the UK Travel Retail Forum.

THE WHY? Should the plan be implemented, it is said to see passenger spending increase by up to 30 percent.

Smith said, “This joint letter showcases the strength of political feeling on this matter. The UK’s travel sector is vital to our economic success which our recovery will rely on.

“We need to ensure it is in a position to support a global Britain, deliver long term and sustainable jobs to the UK, and play its part in the safe and sustainable recovery of international travel. The introduction of duty free on arrival shops delivers that helping hand.”

Bourienne continued, “With the European Union considering such an initiative the UK must follow suit to remain competitive.”