UK retail sales growth grinds to a halt in February 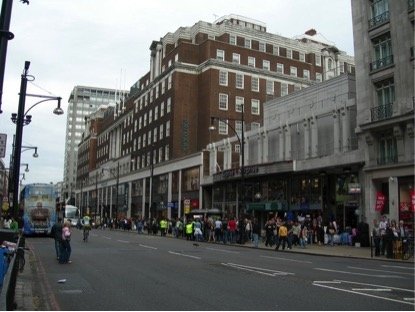 Since January sales drew to a close, British retailers have surprised City economists by suffering an unexpected slowdown in sales, according to a recent survey.

The Confederation of British Industry’s (CBI) Distributive Trades Survey of 138 firms including 62 retailers showed that both volume of retail sales and orders failed to meet expectations of growth in February, following six months of buoyant sales.

A total of 30% of respondents reported that sales volumes were up from a year ago, while 29% said they were down, giving a balance of +1%.

The balance was the lowest reading since November 2013 and below retailers’ expectations of +42% in January’s survey. Economists polled by Reuters had forecast sales growth would slow only slightly in February, predicting a balance of +34 in February after +39 in January.

The report pointed to tough trading conditions in the months ahead, with orders from suppliers falling this month by seven percent. Employment was down by 21 percent compared to last year and was predicted by employers to continue to fall over the coming months. Companies surveyed account for the employment of a third of retail staff working in the UK.

The CBI reported that “overall trading conditions on the high street remain challenging.”

On the plus side, volume of Internet sales rose from January by 47 percent, at a pace broadly in line with expectations (+49%).  The number of retailers who expect their overall business situation to improve over the next three months was up by 11 percent from January.

The CBI reported that some sub-sectors recorded growth in sales volumes, including chemists. But grocers’ sales fell from levels a year ago, as did those of non-specialised stores, including department stores, and clothing shops.

Rain Newton-Smith, CBI director of economics said,  “After a strong start to the year, retailers were disappointed by the unexpected halt in sales growth. In particular, continually heavy discounting in the grocers sector seems to be weighing on activity.

“Looking ahead, the outlook for the retail sector is fairly positive, with the boost to household incomes from falling inflation likely to support spending. However, as this survey shows, overall trading conditions on the high street remain challenging.”