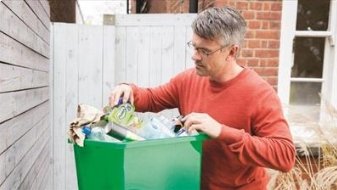 Unilever and Procter & Gamble have attracted criticism from the UK’s Recycling Association for failing to carry recycling logos on their packaging, according to a report published by The Guardian.

An on-pack labelling system, agreed by the retail industry in 2009, is consistently left off packaging of top-selling products, says the report.

“For these massive multinational entities, it’s just not at the top of their agenda. They just decided not to do it and that’s completely and utterly wrong,” Simon Ellin, Chief Executive at the Recycling Association told The Guardian.

Unilever told The Guardian that on-pack instructions are not necessarily useful as the products eligibility for recycling depends on local recycling facilities. “In the UK, we have the added complexity of recycling collection having been devolved to local authorities, rather than being controlled by the government. This creates a lack of consistency from county to county, and borough to borough which, in turn, leads to consumer confusion,” Louis Lindenberg, Sustainability Director of Global Packaging told The Guardian.