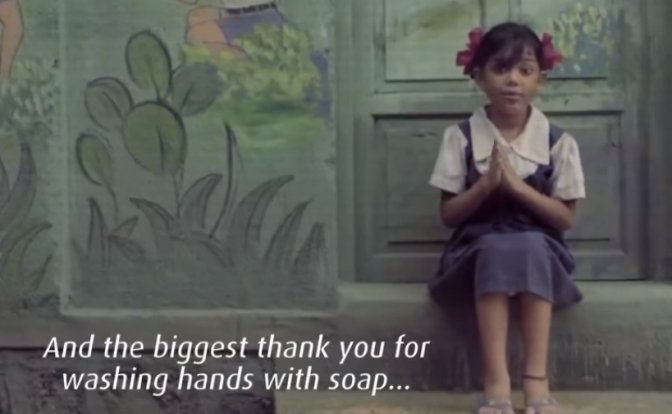 Unilever has released a docu-ad, produced by Mullen Lowe Lintas for the Lifebouy brand, to raise awareness of the importance of hand-washing in early motherhood.

The tear-jerking video – part of Lifebouy’s Help A Child Reach 5 initiative – features a young child visiting her mother from the future to thank her for washing her hands during the early days of her life, and is based on the insight that six million children die before the age of five, with some 44 percent perishing in the first 28 days from preventable illnesses such as diarrhoea and pneumonia.

“We are excited to release this film and take the hygiene message to where it matters the most: to new mothers in the first 28 days after delivery,” said Samir Singh, Executive Director of Hindustan Unilever. “The Help A Child Reach 5 campaign started in Thesgora, a village in Madhya Pradesh that has one of the highest rates of diarrhoea, and showcased remarkable results. We now impact child health at a very large scale in partnership with the Children’s Investment Fund Foundation.”