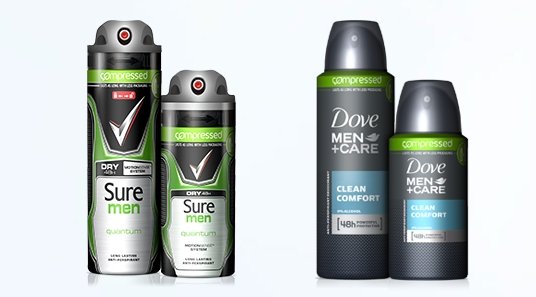 Unilever has decided not to patent its hard-won compressed deodorant technology in order to encourage other manufacturers make the shift to more eco-friendly cans, according to a report published by Business Green.

The Anglo-Dutch FMCG manufacturer spent 10 years perfecting the technology, ensuring that there was no perceivable difference to the consumer, but instead of patenting its discovery, has instead published a White Paper for rival brands.

“We realized that it is actually wrong to try and patent technologies which are for the greater good,” explained Victoria Murtazina, Global Marketing Director for deodorants at Unilever in an interview with Business Green. “We believe innovation is great, patenting this is great, this is how you win the marketplace, but we believe as well that you should compete on the brand merits, the product merits.”

Some 50 percent of UK consumers are said to have switched to compressed since its launch, and the innovation has saved more than 1,500 tonnes of aluminium across Europe to date. Globally, some 20,000 tonnes of the metal could be saved if all aerosols sold were packaged in compressed cans.