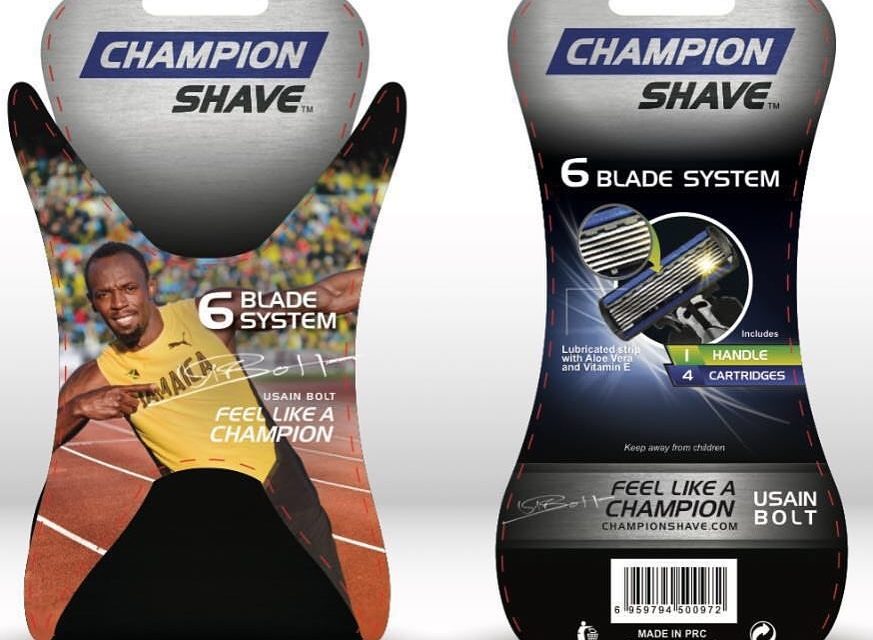 Olympic gold medallist Usain Bolt has launched his men’s grooming range Champion Shave onto the Sears marketplace, with further expansion into online and retail platforms planned for the upcoming months.

Bolt said, “I am looking forward to the launch of Champion Shave in the United States with Sears.com, it’s the biggest shaving market in the world and I am excited to be a part of it. You expect more when you are a Champion, that’s why we are launching our starter pack at $8.99, which will include 1 handle and 4 cartridges. Champion Shave has a premium product, a 6 Blade System at an affordable price.”