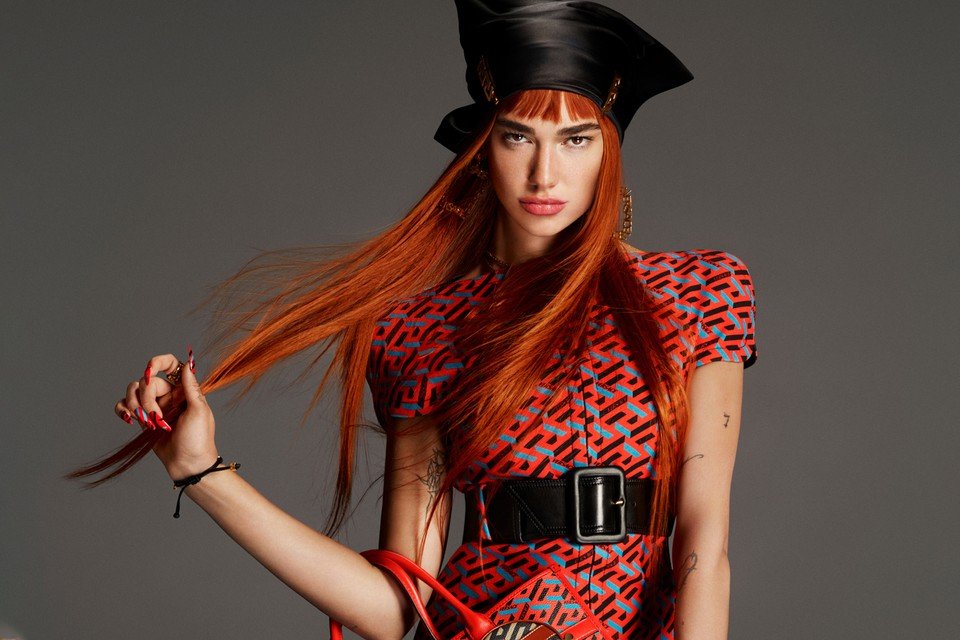 THE WHAT? Versace has unveiled its fall 2021 campaign featuring Grammy Award-winning artist, Dua Lipa, according to a report published by WWD.

THE DETAILS Shot by Mert Alas and Marcus Piggott, the star debuts a new hair color – described by Donatella Versace as ‘fiery red’ in an interview with WWD – in the campaign. The complete set of imagery and accompanying short film will be released on August 30th, 2021.

“I am really excited about the idea of ​​collaborating with the iconic Maison Versace,” said Dua Lipa. “Working closely with Donatella and sharing the passion we have in common for fashion was surreal. Collaborating with her during this time was an unforgettable experience. The shots we took together exceed all my expectations; we are thrilled to share them with you!”

THE WHY? Versace’s official website reads, “After numerous significant collaborations, Versace and Dua Lipa consolidate their friendship with the brand’s 2021 autumn-winter campaign.” The world-famous superstar has worn Versace on a number of occasions, most recently at the Grammy Awards.