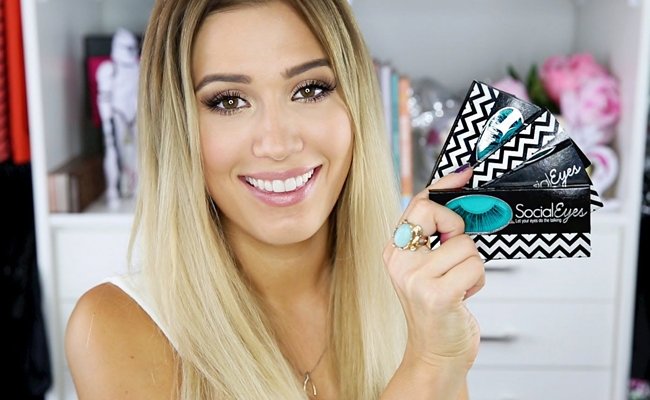 Snapchat has been getting a lot of air time of late. And for good reason. It’s one of the most used social media channels of the group and has been harnessed by many brands to channel their power over young and influential millennial consumers.

Indeed, it goes hand in hand with being a sought after marketing tool whereby brands are creating increasingly sophisticated campaigns to target their desired audience. And thanks to a growing knowledge base of how to cater to this fast-paced, digital driven consumer, the advertising coups are coming thick and fast.

However, while the social media campaigns are giving these companies the visibility and interaction they desire, they are, it seems, falling short of the success of the other social phenomenon sweeping our devices – YouTube beauty vlogging. Yes, according to recent research from video advertising technology firm Pixability, content created by individuals is the most preferable for viewers.

Social media content designed by individuals that encourages interaction and replication are creating more loyal followers and resulting in better leads than brand driven campaigns, so research finds. Jackie Swansburg Paulino, Vice President of Customer Success at Pixability, spoke to WWD.com to say, “Creators have dominated this space, and that continues to be true, and what I think is interesting is that brands have lost their share of voice year-over-year.

“This is not just because of the growth of the top creators, but YouTube is so accessible to everyone. Everyone can make a beauty tutorial and everyone sort of is, and brands need to pay to play to be part of that world.”

The likes of Vlogging queen Michelle Phan and co are creating 86 percent of the top 200 YouTube videos, and, according to Paulino, “The creators who are growing the fastest are growing over 400 to 500 percent year-over-year and the top brands are growing 30 to 40 percent. There is a huge difference.”

If the data doesn’t speak for itself, the multitude of big company names getting on board with these bloggers in order to take a slice of the pie will. Earlier in the year Unilever enlisted Vlogger Leanne Lim-Walker to front a new campaign, while L’Oreal Paris recently enlisted a slew of the video creators to form a UK ‘squad’ to be ‘digital faces’ of the brand.

And while we reported as far back as January that global brands were missing a trick by not looking to online beauty vlogging as a key marketing tool, it seems that the attention the individual vloggers are commanding has been massively underestimated. However, as the recent data starts to seep through to digital savvy marketing teams, and awareness of the influence the creators hold, it’s a sure thing there will be more brand/vlogger partnerships cropping up in the near future.