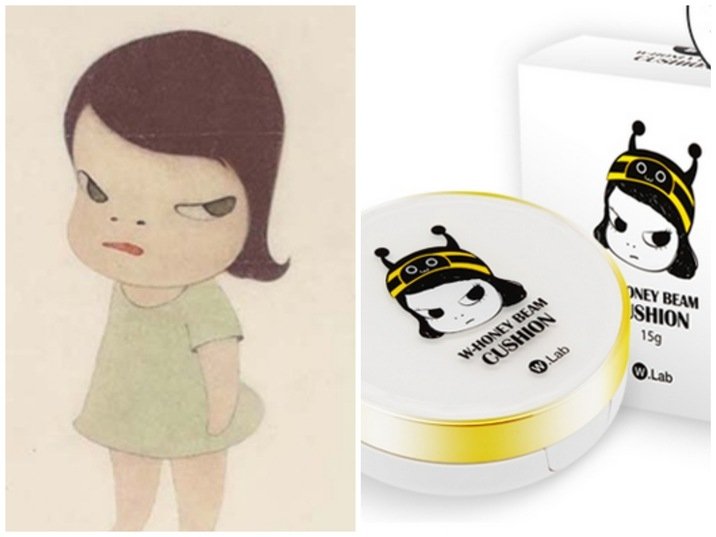 Korean cosmetics company W.Lab has countersued Japanese artist Yoshitomo Nara over an image that has been used on the company’s W-Honey Beam Cushion make-up compact.

Nara initially contacted W.Lab requesting it recall the product due to the imagery being too similar to his cute designs, in particular one of a young girl. However, the company has now countersued over authorship, suggesting the product was indeed designed by its team in house.

W.Lab has filed a lawsuit against Nara that states its ‘Bee Girl’ was designed by its internal team and that he was unlawful it requesting its withdrawal.

In since-deleted-Tweets, according to ArtForm, Nara stated on Twitter, “I thought this crossed the line of mere resemblance. While I’ve turned a blind eye to small works and signboards that contain slight copies [of my works], I thought this one was pretty severe, so I sent the company a letter of warning. I was expecting them to revise the image and not have them go to court over it, but instead, the company filed a counter-claim, saying ‘they were the author of the work’, and ‘Nara has no right to claim restitution’. I’ll be corresponding with them in consultation with a copyright lawyer.”