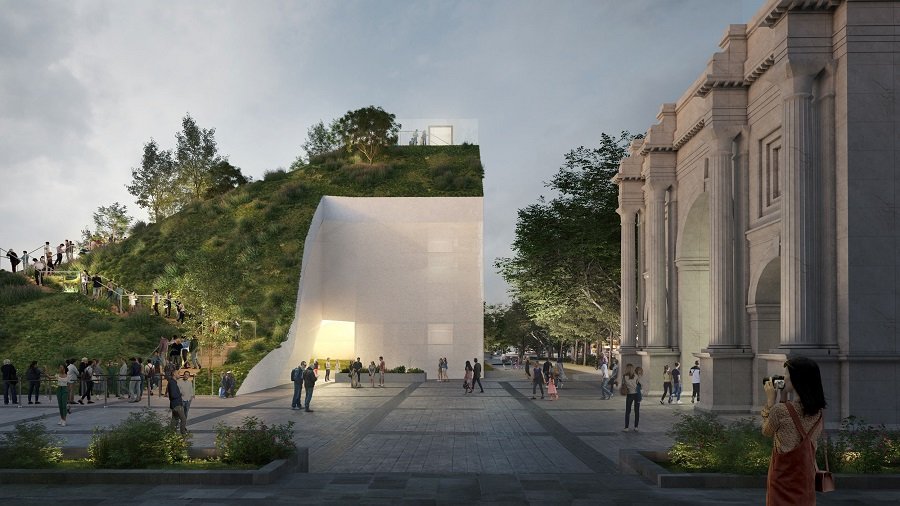 THE WHAT? A central London local authority has unveiled plans to reboot one of the capital’s most popular shopping districts. Westminster City Council’s Oxford Street District framework promises to help the nation’s favourite high street bounce back after the pandemic stripped it of some of its most prized stores and reduced visitor numbers to virtually nil.

THE DETAILS The framework promises to ensue the successful long-term future for the area, rebranding it as the most sustainable, smartest district of its kind in the world, part and parcel of which is encouraging a wider range of businesses to populate the street, including pop-ups, offices, restaurants and cultural or leisure activities.

Spades are expected to strike ground ‘in weeks’, Westminster says, with a 25m-high, temporary visitor attraction at Marble Arch installed to act as a catalyst for bringing visitors back to the area once restrictions are lifted, pop-up parks created alongside cultural space and additional pedestrian space as well as new lighting, landscaping and greening projects. Some £150m has been pledged by the Council to kickstart the OSD programs and attract investment.

THE WHY? With many Oxford Street stalwarts, BHS and Topshop among them, wiped out by the pandemic and abandoning their Oxford Street locations, the iconic shopping destination is set to look very different once restrictions are lifted. Rachael Robathan, Westminster City Council Leader commented, “The West End is the engine of the London economy and a huge employer which has been hard hit by the effects of COVID-19. We are confident that our bold plans will secure the District’s long-term success, running alongside our creative interim plans to boost the capital’s post pandemic recovery. We want to focus attention on this iconic centre of our city which has been increasingly overlooked and cement its status for the future as a key central London destination.”