You asked Google: is Herbal Essences vegan? The rise and rise of plant-based cosmetics 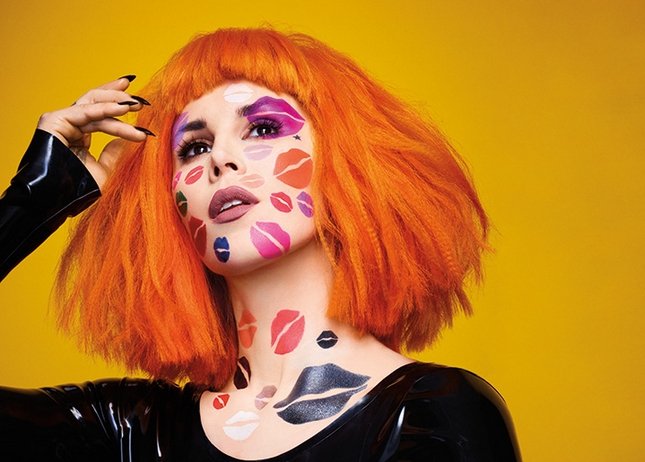 We’re one month on from Veganuary (that’s the buzzword referring to the practice of testing a vegan diet out for the month of January for those of you who are currently munching through a Big Mac) and just two months into 2018 and interest in all-things-vegan, one of the hottest trends of 2017, shows no sign of waning.

If anything, after the much-publicized month-long food overhaul, there are now more vegans than ever. Although, presumably some will have caved when they found out just how disgusting vegan cheese actually is. I jest, you see, at GCN HQ, I am firmly in the minority as the only person yet to fully convert. I am a flexitarian, which means I do indeed eat several vegan meals in the average week but I also like my camembert.

Back to topic and the point of all this is to say that veganism isn’t just a diet, it’s a lifestyle. And so, from a cosmetics industry perspective, the increase in veganism necessarily means more people searching for cosmetics that are not tested on animals and do not contain animal products such as carmine, lanolin, beeswax, honey and squalene.

Google Analytics data reveals that enquiries into vegan beauty have soared this year with the most commonly asked questions last week including: ‘Is Herbal Essences vegan?’, which has seen a 2,400 percent upsurge in frequency, while ‘Vegan hair wax’ was up 350 percent, ‘Vegan make-up brands uk’, rose 250 percent, ‘Vegan lip gloss’, increased 250 percent; and ‘Vegan shampoo and conditioner’ grew 190 percent.

What’s more, Boots reports that searches for vegan beauty via its website have doubled over the past two years while Market Research Future expects ‘cruelty-free’ products to see growth of 6.1 percent by 2023.

It’s no wonder then that supply is booming, with new vegan products and brands launching left, right and center. “All our new product development is briefed to be vegan,” International Axe Director at the Body Shop, Diego Ortiz de Zevallos Aguirre told The Pool. Kat Von D launched a range of 40 vegan lipsticks in January as part of an over-arching commitment to become a fully vegan brand and it’s not the only one: Unilever-owned Hourglass has also pledged to remove animal products from its range by 2020. “Luxury is a combination of innovation and integrity, and our values have always been exemplified in our commitment to creating cruelty-free products,” said Hourglass CEO Carisa Janes of the transition. “If we are truly committed to being 100 percent cruelty-free, we shouldn’t have animal-derived ingredients in our products.”

Even UK-based men’s grooming brand Bulldog has expanded its range to cater for the cruelty-free consumer. “Veganism is the fastest growing lifestyle movement in the UK and we’re becoming a lot more environmentally conscious,” said the brand on the launch.

It’s true that veganism (as with any big trend) has attracted its fair share of criticism – not least because many of the food alternatives out there are not only environmentally dubious (looking at you almond milk), or potentially harmful to health (yep, coconut oil, that’s you) or just downright disgusting (see, my verdict on vegan cheese above) – but mainly because the language is not only emotive but can be confusing too. In the beauty industry, cruelty-free has long been used to refer to products that aren’t tested on animals. But now its been adopted by the plant-based camp to the bemusement of many – after all, cruelty is relative. There are plenty of animal-free ingredients that can’t claim to be harmless – mica is a prime example.

However, in the beauty camp, if advancing technology can create plant- and mineral-based ingredients that deliver on performance without compromising on eco-credentials and ethics, then why not? Even as the most dedicated eater of rare steak, I can get on board with that.