Zara freckle ad sparks China backlash, but is this a racism cry gone too far? 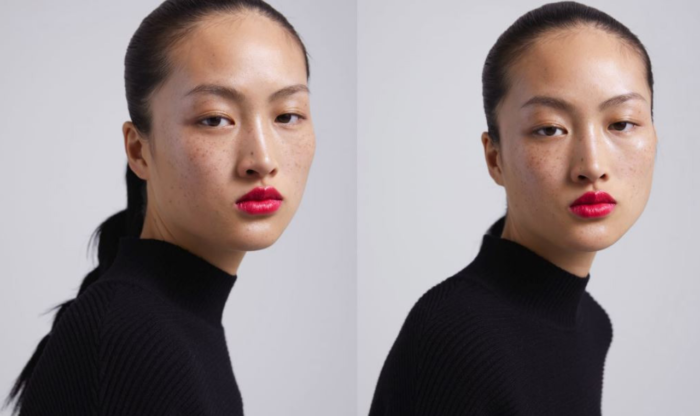 Fashion house Zara has been hit with a backlash over its most recent beauty campaign in China, which features a model with freckled skin. However, industry reports are stating this is a racism claim gone too far.

Promoting its new lipstick range via Sina Weibo, the Zara advert features Chinese model Li Jingwen wearing minimal make-up and letting her natural skin show through, a move Chinese consumers felt affronted by. According to The Drum, Chinese consumers took to the internet to blame Zara of ‘uglifying China’, with a pale, clear complexion favoured by Chinese women.

However, there has been an industry counterattack to these claims, with Zara itself responding that rather than aiming to offend, it simply liked to depict models as they naturally look. Meanwhile an editorial in China Daily stated that the consumer actions may be well intended, but in fact show “over-sensitivity and a lack of cultural confidence.”

It continued, “Cultural confidence is just being promoted by the leadership of this country, and tolerance is an essential part of it. Only when we learn to tolerate each other in terms of aesthetics will cultural confidence be owned by everyone.”