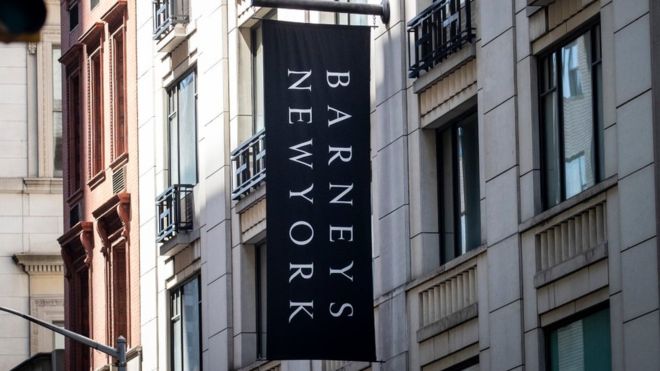 Barney’s New York was saved at the final hour by not one but two financing proposals, with the retailer securing a second offer of $218 million from lending arms B. Riley Financial Inc. and Brigade Capital Management just hours after the $75 million offered by affiliates of Hilco Global and Gordon Brothers Group.

Attending its first bankruptcy hearing on Tuesday this week, Barney’s received approvals from the United States Bankruptcy Court for the Southern District of New York for all ‘First Day’ motions filed on August 6, 2019, including the offer from B. Riley Financial Inc. and Brigade Capital Management.

The company requested to use $75 million to repay outstanding debts, with Barney’s able to release approximately $140 million next week to pay off further secured debt.

Taking to a statement, Daniella Vitale, Chief Executive Officer & President, said, “We are pleased to partner with Brigade Capital and B. Riley Financial, whose substantial financial commitment will better support Barneys New York as we continue to offer a unique customer experience, strengthen our relationships with our vendors and conduct a sale process to position Barneys New York for the long-term.
“This significantly enhanced financing commitment demonstrates the belief of Brigade Capital and B. Riley Financial in the value of the Barneys New York brand and business. We appreciate the prompt action by the Court in approving our First Day motions and would like to thank our employees, vendors and customers for their continued support.”

Barney’s flagship stores Madison Avenue, Downtown NYC, Beverly Hills, San Francisco and Copley Place in Boston will all remain open, as well as two other locations, with the company shutting down stores in Chicago, Seattle and Las Vegas.

The new loan is expected to help the company’s stay in bankruptcy until October, before which it hopes to find a buyer.