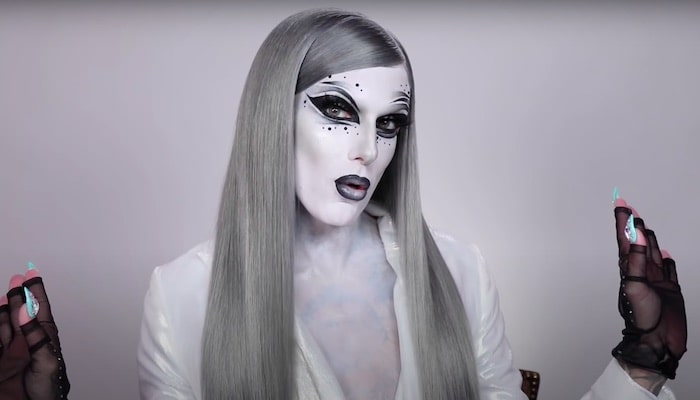 THE WHAT? Fans have taken to social media in a backlash against Jeffree Star’s new make-up palette ‘Cremated’, stating that the name shows insensitivity amidst the 90,000 U.S. COVID-19 deaths.

THE DETAILS Despite having been developed prior to the pandemic outbreak, social media users have said that the launch of the YouTube star’s make-up line has been timed inappropriately, with some voicing concerns over the eyeshadow shade named Angel of Death being linked to the infamous Nazi doctor Josef Mengele.

One user wrote, “jeffree star really putting out a palette named ‘cremated’ when almost 90,000 people just died in this country alone from coronavirus.” (sic). While another wrote, “Releasing a cremated palette didn’t bother me until I realised one of the shade names is ‘angel of death.’”

Star has hit back at the allegations in a now-deleted Snapchat video, stating, “To me, it’s so much more than an eyeshadow palette. There are so many meanings with my art. I created it for the world and it’s allowed to be interpreted any way anyone wants to take it, but I always come from a good place.
“On a real level you guys, my own father was cremated. My two dogs who passed away last year were cremated, so nothing always comes from a negative place.”

THE WHY? The controversial name of the palette is said to be due to Star’s use of the word amongst his friendship group, with the personality stating in a video that, “Cremated is, like, my iconic catchphrase. ‘I’m deceased.”

Responding to calls for the range to be postponed, Star spoke to YouTuber Sebastian Williams, citing production issues. He said, “I have three more eyeshadow palettes launching in 2020 and several new products launching and Cremated would’ve been moved to 2021, way later in the year.
“I never want to risk makeup becoming expired; that’s not the best for the customer experience. I want my customers to get the best quality product.”