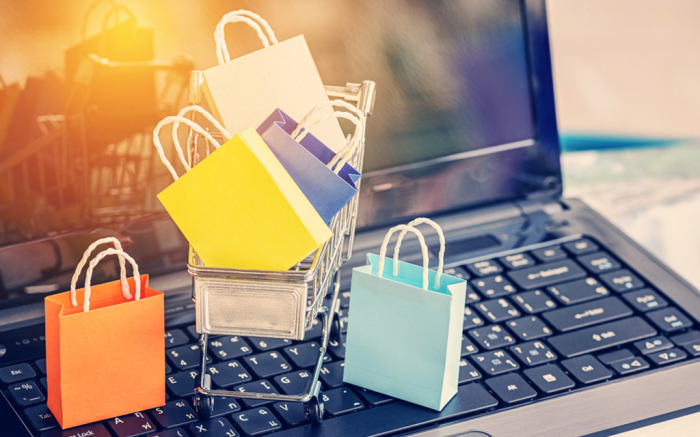 FIRST HALF After the ravages of 2020 and 2021, retailers could have been forgiven for hoping for a smoother ride at the start of 2022. Pandemic restrictions were lifted, IRL shopping was back and even travel was resuming. So far, so hopeful.

Like every business, retail was quickly impacted by one of the major news stories of the year, with several chains shutting their doors in Russia as a result of the invasion of Ukraine. Sephora put its Russian arm up for sale and Lush cut supply to Russian stores.

In that context, retailers could have been forgiven for hunkering down but instead, many invested in the future of their channel. Indeed, we saw a number of sustainability projects launched with Target unveiling its first net zero location, Douglas, WBA and Neiman Marcus publishing ESG reports and L’Occitane cutting the ribbon on its first sustainability store concept plus several sign an anti-racial charter to reduce unfair treatment for shoppers.

But despite their best efforts, rising inflation and the continuing supply chain crisis continued to hurt. Target saw Q1 profits fall 52 percent, and Walmart had to cut its full year guidance as margins were squeezed.

SECOND HALF Indeed, in the second half, as the energy crisis hit home, retailers started to announce new initiatives designed to show they were committed to doing their bit. LVMH’s Louis Vuitton and Valentino both announced that they would switch off lights outside opening hours and adjust thermostats in store to help save energy.

Meanwhile, both Superdrug and Elf Beauty announced price freezes in a bid to persuade the squeezed shopper to continue to spend. But despite their best efforts at cost control, some retailers were forced to pass on their higher costs to customers. Zara owner Inditex announced an autumn price hike while several Japanese firms departed from their long-held caution on pricing to usher in rises.

That said, it wasn’t all doom and gloom. LVMH’s Sephora didn’t shy away from growth – launching in the UK via its recently purchased Feelunique platform and expanding its partnership with Kohl’s, while Target announced a transition to larger stores in the future, which it can then use as logistics centers. And, despite the many knocks served up by the pandemic, department stores in the US and UK continued to seek relevance – placing their bets firmly on beauty. JC Penney rolled its JC Penney Beauty concept out to stores across the US while Barneys New York staged a comeback as a beauty and wellness brand.

It’s probably no coincidence that Barneys’ renaissance is happening courtesy of South Korea’s Gloent Group. Indeed, while western stores struggle, Asian retailers are going from strength to strength, be it Reliance, Coupang or Central Group, expansion was very much on the agenda.

WHAT’S NEXT? Still, there’s no doubt that some retailers found 2022 a struggle. We only need to look at the many key leadership hires and fires that were announced over the course of the year, not to mention the results to see that plain sailing is a thing of the past for retail brands. And the sea is looking pretty choppy for 2023 too; Target saw a significant change in consumer behaviour in Q3 and expects sales to decline in Q4. Will we shop until they drop?